Ceiling is very important in a house. Just like every other part of the house deserves attention, the ceiling design needs effort. In reality, ceiling is rarely given the attention they require in house modelling. Many people think of a ceiling in the last minute after designing every other area

Ceiling is very important in a house. Just like every other part of the house deserves attention, the ceiling design needs effort. In reality, ceiling is rarely given the attention they require in house modelling. Many people think of a ceiling in the last minute after designing every other area of the house which should not be the case. There are many ceiling design types you can choose from. With information on ceiling styles, you should not leave out your ceiling in when designing your house.

A nice and well-designed ceiling improves the house overall look. There are various ceiling types that vary based on the complexity. In this post, we are giving you ceiling types you can choose from. Reading through the article to the end, it will surprise you of how much you can do to your ceiling to improve the general outlook of the house. You will also develop interest to read further about ceiling types.

How to choose a suitable ceiling style?

In choosing the ceiling you need for your house, you need to look at the size of the space you want to install a ceiling. Some ceiling types look best in expansive spaces, while others are made for small spaces.

Also, consider what you want to achieve. How do you want the house users view your house? A classy ceiling communicates royalty. Regular ceiling brings the feeling of normalcy such that the house users will feel basically comfortable.

What is the ceiling budget? The budget you have set aside for the ceiling. For a complex ceiling with expensive materials you need a huge budget. For a regular ceiling you need a moderate budget.

The internal workings of the house upper space are exposed. this includes; wiring, air ducts, etc. This ceiling gives a home an industrial feel. This kind of ceiling is the best especially for lofty rooms. The ceiling complements well with the general room’s outlook.

Exposed ceiling is cheap to do since you don’t require doing much to the cancel the ceiling spaces.

Vaulted ceiling refers to an elevated ceiling which make your room have an open feeling. Basically, this ceiling type is not flat but risen. It’s a ceiling you can consider if you want to give your house a dynamic feel. There are many types of vaulted ceilings which we will look at below.

This is a popular ceiling style in office spaces. From the name, the ceiling is suspended literally. Cables that are normally hidden are used to hold the ceiling in place.

From the look, the ceiling appears lower than the actual ceiling hidden upper space. It makes the room look elegant. Suitable colors and light intensity is used to make the ceiling complementally with the rest of the parts of the space. An office space, with well fitted suspended ceiling, well aerated and lite, feels comfortable and tranquil to work from all day.

Dome ceiling is elegant and improve the beauty of a room.

Shed ceiling are vaulted ceiling too, which are risen from a lower point with a single leg. The shed ceiling looks creative. To make the ceiling even more attractive, one can add a window at the top for light.

This ceiling normally rises gradually towards the centre. The rise defers on steepness with some ceiling being steep while others are gradual.

In the ceiling, the house beams are exposed. This ceiling design is so easy to implement and create a rustic feel. On some cases, there are only a few beams exposed, while in other instances, there are many beams exposed.

If you can picture the shape of a barrel, then from the name, you can imagine the elegance of this ceiling. Barrel vault ceiling is basically an arch that runs from one end of the room to the other end covering the room’s upper space in a beautiful manner. The ceiling resembles half of a barrel and it gives the European architectural feeling.

Above is just a brief list of different ceiling styles we have compiled. There are many other types of ceilings you can come across and not mentioned here. Mostly, ceilings are classified based on the shape, and the material used. Some ceiling material has limited options of designs, while with other materials, you can get tens of ceiling designs.

In improve the general appearance of a ceiling you can experiment with the ceiling lighting. You can add chandelier or you can increase the number of lighting points.  Lighting of a room can change the whole definition of beauty in that room. Therefore, ceiling lighting should be given careful consideration to bring out the best out of the ceiling type chosen.

Also, choose ceiling colors that complement the rooms overall color theme. If you want to have a rustic feel in your room, choose rustic colors for the ceiling that are in harmony with the rest of the space. Also, you can use ceiling colors to improve the brightness of your house.

Enjoy choosing the best ceiling style for your house.

Back To Top
Close 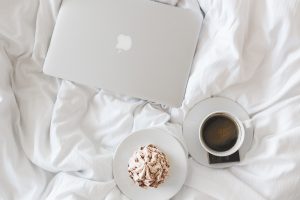 DhwCor is an online magazine featuring beautiful design ideas for anything related to Home decoration, design and architecture. We talk about anything and everything that can make life better from various home ideas, DIYs, designs and so much more. That bring positive changes your life perfectly balanced and lovely. . Cheers :)